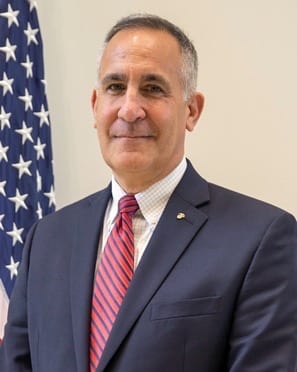 Colonel Athens is the former Director of the U.S. Naval Academy’s Vice Admiral James
B. Stockdale Center for Ethical Leadership and the Academy’s first Distinguished
Military Professor of Leadership.
He is a retired Marine, having served in significant command and staff positions in all
four Marine Aircraft Wings, as a Space Operations Officer with the U.S. Space
Command and as an instructor at Marine Aviation Weapons and Tactics Squadron-1 (the
Marine Corps’ equivalent to the Navy Top Gun School). Additionally, he was a White
House Fellow under President Ronald Reagan and the Special Assistant to the NASA
Administrator following the Space Shuttle Challenger accident.
Colonel Athens currently invests in leaders around the United States through his
speaking, writing, consulting and coaching. He is the former Executive Director of the
Officers Christian Fellowship and continues to be actively involved with OCF, the
Fellowship of Christian Athletes and various men’s ministries.
Colonel Athens is a distinguished graduate of the Naval Academy, the Naval
Postgraduate School, and the Army’s School of Advanced Military Studies.
He and his wife Misti have 10 children.